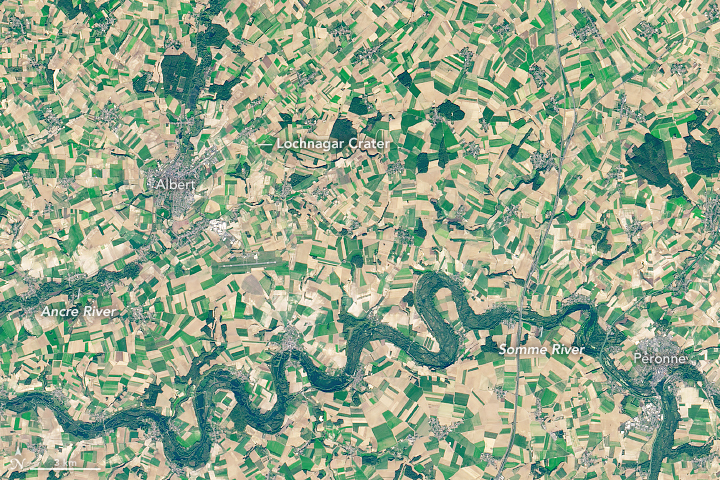 Peter Jackson’s 2018 They Shall Not Grow Old is a remarkable film, intended to mark the centenary of the Armistice that ended WWI. It also serves to remind us of the ways old films can contribute to our sense of psychological distance from the past, a distance that places events like the Great War safely in the ‘long ago’, when in fact we are living in a world where echoes of that conflict still reverberate.

Jackson is most famous for the Lord of the Rings trilogy, so he and his Wingnut Films team know how to conjure a kind of magic with digital editing equipment. In 2014 Jackson was approached by the Imperial War Museums in Britain to create a new kind of documentary film, based entirely upon their 100-year-old footage. The museum gave him access to their entire film archives, on the sole condition that he use only that footage, and that he do something unique with it. He also gained access to the full archive of oral histories, interviews with soldiers made years after the war when they were old men. Instead of narration, the running commentary and storytelling of the film is constructed from those oral histories.

The original films are scratched, jittery, of uneven quality, and of course black and white. And yet they are a remarkable record of events that shaped the world we live in. In Jackson’s commentary at the end of the film, he relates some of the challenges they faced. Film gets fragile as it ages, and shrinks, and so this leads to the familiar jittering of old film as it no longer quite fits the sprockets in a projector. Some of the reels he had available are copies of copies of copies. The cameras were originally cranked by hand, and so the original frame rate of different reels varied from 7 frames a second up to fifteen. This is why when you play these films on a modern projector — which runs at 16 frames per second — the motions can seem jerky, unreal, almost comical, the marching soldiers swinging their arms jauntily at their sides as if on a spring lark.

These effects produce a kind of cognitive distance. Jackson relates how when they digitized the films and remastered them, and then used software to reset the effective frame rates, they could tell when they hit the right frame rate because the scene almost ‘snapped’ into place, and became more real. The movements became more recognizably alive.

Cognitive scientists and computer animators talk of the ‘uncanny valley’. Fantastic things that are clearly not real don’t bother us so much as things that are almost, but not quite, right. Think of the difference, for example, between the animation styles of Monsters, Inc. and a film like A Scanner Darkly. The latter was first shot as live action video, then animated in a manner that changes the coloration, and gives the boundaries of things an unsettling shimmer. Jackson doesn’t use the term ‘uncanny valley’ in the documentary, but when he says the editors felt things ‘snapped’ into place when the frame rate was not too fast, not too slow, but just right, perhaps he means the video no longer seems uncanny.

Jackson’s team went further, and added color using modern digital methods to pull out textures, to rebalance light and dark, to correct for overexposed or underexposed frames. And they also added sound: boots marching, shovels digging into dirt, guns firing, artillery shells passing overhead, or the thunder of a distant barrage rolling in the distance. They hired lip readers and attempted to reconstruct to some extent what soldiers are saying, then had actors create the scene in the manner modern films use to create aural soundscapes, a specialized art form in its own right.

I appreciated the loving and respectful care that Jackson took with the film. His grandfather fought in the war, and so it’s a personal thing for him. A way for him to honor his grandfather’s memory by bringing these men alive again on film. He even visited some of the sites in the film, to make sure he understood the geography and colors of the landscape. The collective effect of all these cinematic ‘tricks’ makes for a compelling, and deeply moving film.

One of the locations is a farm wagon track that still exists, a green and shady spot, below grade in a small hollow, where soldiers mustered prior to the Battle of the Somme. The film shows a troop of very young and scared men waiting for the order to go over the top. Jackson checked the location, and the records of the engagement, and he says that within half an hour of the shooting of that film, nearly all of them were dead.

This work is licensed under a Creative Commons Attribution-NoDerivatives 4.0 International License. If you enjoyed this piece, please share it.