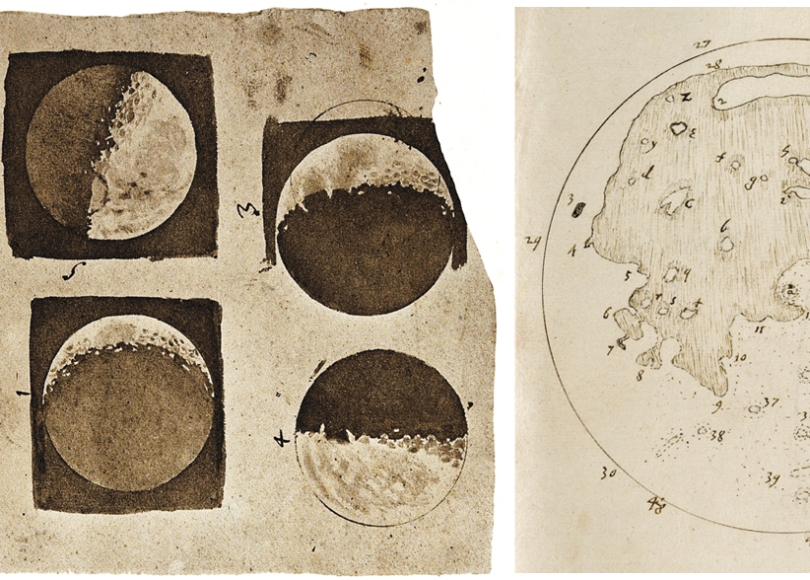 This essay first appeared in Aeon under the title ‘Behold: Science as seeing‘. A slightly revised version, with different figures, also appeared in American Scientist under the current title.

When Galileo looked at the Moon through his new telescope in early 1610, he immediately grasped that the shifting patterns of light and dark were caused by the changing angle of the Sun’s rays on a rough surface. He described something akin to mountain ranges “ablaze with the splendor of his beams,” their sides in shadow like “the hollows of the Earth”; he also rendered these observations in a series of masterful drawings.

Six months before, the English astronomer Thomas Harriot had also turned the viewfinder of his telescope towards the Moon. But where Galileo saw a new world to explore, Harriot’s sketch from July 1609 suggests that he saw a dimpled cow pie. Why was Galileo’s mind so receptive to what lay before his eyes, while Harriot’s vision deserves its mere footnote in history?

…By exploring vision as a metaphor for scientific observation, and scientific observation as a kind of seeing, we might ask: How does prior knowledge about the world affect what we observe? If prior patterns are essential for making sense of things, how can we avoid falling into well-worn channels of perception? And most importantly, how can we learn to see in genuinely new ways?